What is Augmented Reality?

Augmented reality (AR) Augmented reality is a technology that allows for computer-generated virtual imagery information to be superimposed onto a live direct or indirect real world environment in real time.

Uses and Applications for Companies:

An augmented reality system generates a composite view for the user that is the combination of the real scene viewed by the user and a virtual scene generated by the computer that augments the scene with additional information. The virtual scene generated by the computer is designed to enhance the user’s sensory perception of the virtual world they are seeing or interacting with. The goal of Augmented Reality is to create a system in which the user cannot tell the difference between the real world and the virtual augmentation of it. Today Augmented Reality is used in entertainment, military training, engineering design, robotics, manufacturing and other industries.

It’s important to think about augmented reality as an additional form of advertising (in other words, it shouldn’t be your only strategy). But based on its newness, if you’re able to pull it off correctly, your company is seen as innovative.

Beyond that, the expense of pulling off an AR campaign pales in comparison to traditional print or broadcast advertising and establishes a longer-lasting, deeper connection with your consumers via an emotional connection, which in the end turns to more repeat business and sales. Here are the real reasons to think hard about utilizing an AR campaign.

Innovation: It’s always good to be first to market, particularly when it comes to technology. In social networking, Classmates.com is no longer around, but their work inspired sites like Facebook, Twitter and more and their employees have moved on to impressive roles elsewhere. “This (AR offering) isn’t just a one-off ad campaign,” notes Huff. “This is an innovative approach by a destination marketing group (VSPC), the first of its kind, to use augmented reality to change their perception. Whenever the (travel) industry catches on, nobody else will have been first, and VSPC will be looked at as innovators.”

What added value does AR offer for businesses? “It’s really quite simple,” says Rosenthal. “You are connecting further with customers and you’re seeing your content as a brand in the real world with unbelievable visibility and scale.”

Inexpensive: Print advertising in magazines tends to be significantly more expensive than online or digital ads. Many large monthly magazines charge upwards of $100,000 for a four-color, full-page print ad (one time), a cost determined by CPM (or cost per thousand readers). For example, Sports Illustrated’s 2011 Swimsuit Issue (albeit a once-a-year publication) charged a base rate of $405,300 for a one-page, four-color full-page ad.

When creating an AR campaign, you often have more brand interactivity than the one-page ad at a significantly lower cost. “It honestly depends on the scope of the project, but AR campaigns can be as inexpensive as $5,000 and ax high as $100,000,” according to Rosenthal. “That’s nothing compared to print, and in many ways it’s worth the risk in my eyes.”

Emotional Connection: AR takes marketing strategies to a more immediate and sensory level with customers, allowing greater interactivity in the selling and buying process.  AR can create an emotional connection between what the buyer is searching for and what the product can offer. In short, it gives the product a personal feel when consumers can picture it in their own world.

“It’s not just a matter of taking photos and sharing, which is what we’re building,” says Rosenthal. “But what really matters to us is the ability to take photos with virtual characters, products and environments, which is where it will resonate most and develop that deep brand connection.”

Repeat Engagement: For most brands, engaging customers must come before, during and after you’ve created a dialogue with them, and with AR, brands engage with consumers, both cognitively and through their senses. For Millennials, it is rather simple: if the messaging and the experience are not engaging, and do not create brand desire, then customers may just move on to a competitor. Companies simply cannot afford that when you consider the Customer Lifetime Value (CLV) of Millennials, who have upwards of 60 years in their buying future.

“From a very simple perspective,” says Huff, “and this is a buzz word, but it’s all about engagement and allowing companies to think up new ways to connect people with products. When they have a good experience, they’re more likely to come back.”

Geo-Targeting: With AR, not only can you determine what people’s buying patterns are like via pre-existing data, but you can utilize GPS data (from smartphones, namely) to immerse users in a brand experience no matter where they are in the world. For a brand like Stella Artois, their augmented reality iPhone app Le Bar instantly locks onto your location and lets you find a local bar serving the popular Belgian beer by populating your smartphone with directional arrows pointing you to the nearest Stella taps.

Hyper-local advertising will continue to be an important strategy for marketers, as spending money to reach the right customers (or what your brand perceives as the right customer) is debatably worth more than overspending on a large-scale, national campaign that may or may not hit your intended demographic.

Mobile: With applications like GoldRun, advertising via augmented reality on mobile could very well be the future. Even Huff admits that the VSPC campaign, while innovative for the travel/destination-marketing sector, is only a step in the right direction toward mobile adoption, where he also sees the future of AR campaigns.

“If I’m a brand or ad agency, it behooves me to be marketing to the consumer in the mobile space,” says Rosenthal. “Otherwise, I’ve lost an opportunity to connect from a brand perspective and sell a product or service. What we’re noticing is that companies are literally lining up to work with us and use the technology because from a business perspective, it’s a really exciting, new and fun medium to play with, and mobile is how you reach customers today.”

Driving Offline Sales: At the end of the day, it comes down to ROI on any campaign. The key to developing successful AR campaigns that provide customer engagement as well as translate to sales will be ensuring that they support the local communities they’re used in while creating unforgettable experiences for the customers using them. In many ways, AR brings offline experiences to online sales by enhancing the experience and driving brand visibility.

“It’s going to be exciting. I see AR as where we were 10 years ago or 15 years ago with the web,” says Rosenthal. “Brands at first didn’t understand that they needed a presence online and a website. That’s now their e-commerce platform, which is as important as almost any brick and mortar. And that’s where we’re going with AR. It’s becoming a virtual goods economy out there, and GoldRun is positioned well in that market.” 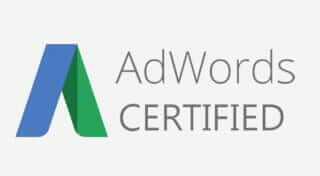 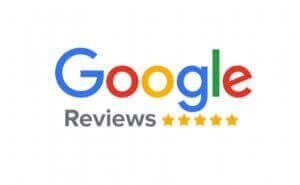 This Agency Rocks and their PLATINUM SEO PACKAGE really helped market our Precision Innovation’s (US) engineering; designs and prototypes online. Kinteractive Agency Web Design Services offer Full Agency Services (THEM) consistently delivers that Wow factor we (Which includes YOU, the reader) all look for when selling/marketing products and services on the Internet. This week, happy to report starting ranked number three on Google.